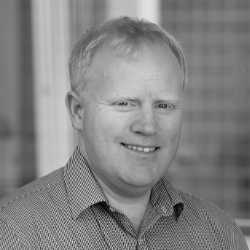 Within the last 15 years Dan has co-founded a number of businesses within Sheffield, including Tribepad, which builds talent acquisition software to the likes of the NHS, BBC, Tescos, and even the RAF.

Dan has lived in Sheffield for nearly 20 years and is where his two children were born.  Before moving to Sheffield he worked for global tech consultancy firms and was also part of the BBC and ITV’s pioneering interactive TV teams.

Before its sale to BT, Dan initially managed Plusnet’s technical operation but then also went on to help with several of their own acquisitions.  During his time there he helped scale Plusnet’s systems, going from supporting a few thousand customers to managing over half a million, and going from a few dozen support agents to nearly 1,000 staff.    Soon after this, Dan wanted to spend more time focussing on his own ventures, having already set up his software company, Web Personified, while he was at Plusnet.

Dan is an active advisor and NED to a local social enterprise called The SHA, which provides disadvantaged children with social inclusion and confidence building opportunities through snooker.  He was also a governor for three years at Lydgate Junior school, providing advice and support to the school leaders.

He gets the most enjoyment helping people take something from a conversation and concept into a real product or service.

For leisure, Dan loves a game of pool but also likes to take on challenges, especially involving running or swimming.