Award-winning Yorkshire Wildlife Park welcomes baby Roloway monkey, the first of its kind in the UK.

A new arrival at the Yorkshire Wildlife Park has provided a huge boost for a critically endangered species of monkey. 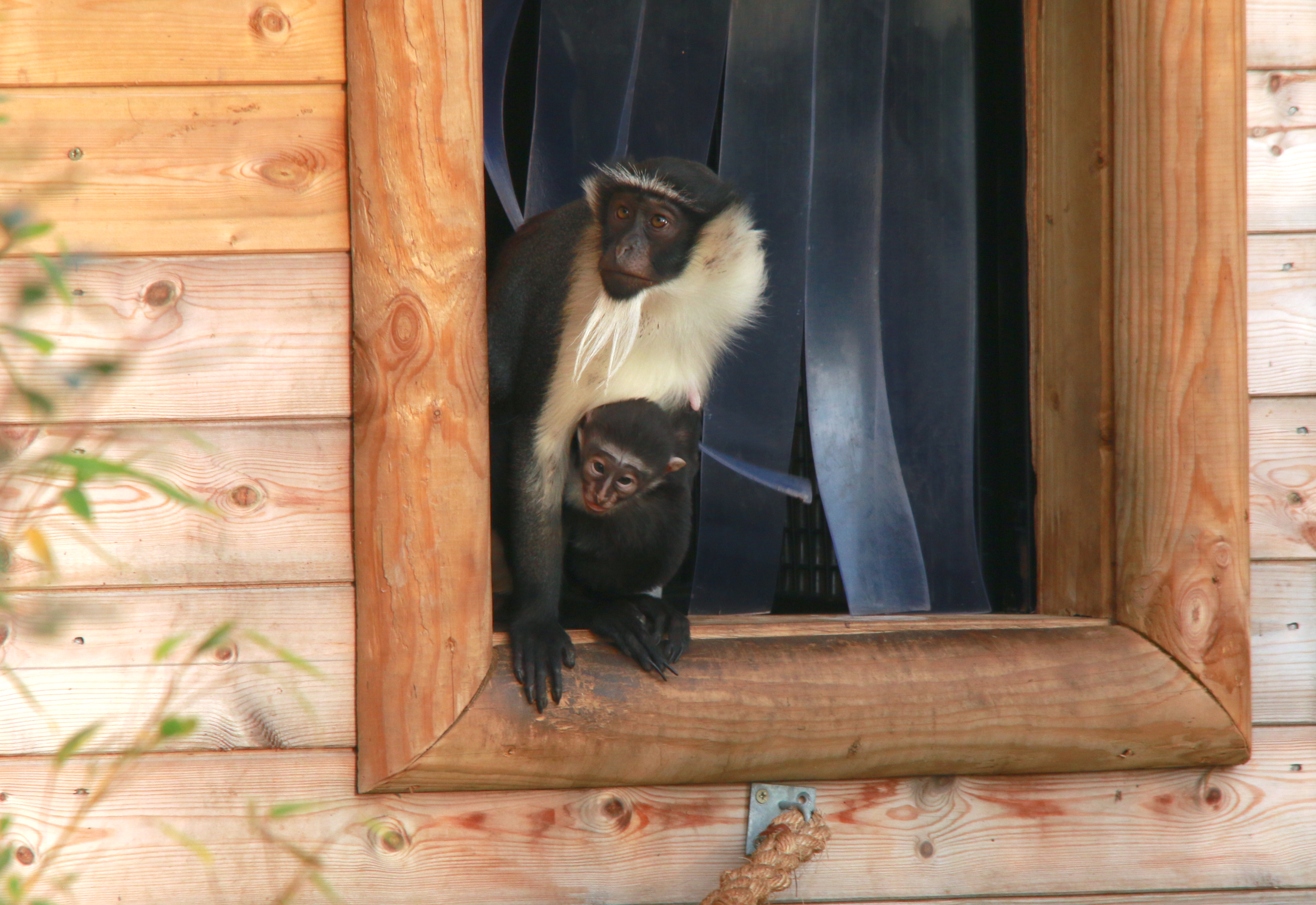 According to the international Zoo Database, the birth of the baby Roloway monkey is the first of its kind in the UK and is a major triumph for the European breeding programme – only 3 babies were born in zoos worldwide this year.

This is a major achievement for the YWP primates team who worked hard to introduce four year old Kayla and six Rafiki to each other and acclimatise them at the Park in Doncaster in February when they arrived from France and Germany respectively. These Roloway monkeys are the only the pair in the country.

"We have been monitoring Kayla’s pregnancy very carefully ever since we noticed subtle changes in her behaviour’ said Primate Team Leader Greg Clifton.

"Words cannot express how excited we are to have successful birth here at the Park so soon after Kayla and Rafiki were first introduced and especially as they are both first time parents. They are doing an amazing job. The rangers have been keeping a video diary of the baby day by day and we cannot believe how quickly the youngster has developed. After just a week the baby was already climbing off his mum to explore – under her watchful eye, of course!"

Roloway monkeys, which have striking black and white markings and a distinguished white beard, are native to Ghana and the Ivory Coast in West Africa, but are on the verge of extinction because of hunting and habitat loss. They are an arboreal species found primarily in undisturbed, mature forests.

Sadly, they do not appear to be very adaptable to changes in their habitat making them particularly vulnerable to human activity. They are medium sized monkeys who are part of the guenon family and live in groups of 15 – 30 individuals. They eat mainly fruit and insects.

Dr. Matt Hartley, Head of Animals added “This is a really important moment for the European breeding programme. This baby is so important for the future of the species which faces extinction every day in the wild, due to deforestation and the bush-meat trade. This species is one of the World’s 25 Most Endangered primates, classed as critically endangered.

"There are only about 200 Roloway monkeys left in the wild and 33 Individuals living in zoos around the world, so they face an uncertain future. Yorkshire Wildlife Park’s efforts to preserve one of the most endangered primate species on our planet, goes beyond Doncaster as thanks to funding from the Yorkshire Wildlife Park Foundation, rangers from the park will be taking part in a three-year project in Ghana to support conservation efforts in the wild for this and other critically endangered African primates.”

Rangers have not yet named the baby, whose sex is as yet unknown.

This latest success story comes soon after news that of the birth of a pair of hyena cubs at the award-winning park. There are many other animals at the park including the country’s only polar bears, lions, tigers, giraffes and many more.

Yorkshire Wildlife Park is open daily with timeslots for entry and advance tickets only as part of the Covid secure precautions.

Brexit transition period ended: What this means for employers in the UK manufacturing industry

Sheffield set to celebrate Summer in The Outdoor City

Sheffield is set to celebrate its reputation as The Outdoor City this summer as the council launches a new campaign to encourage people to enjoy all the city has to offer in the coming months.

Toby Perkins heard about how Sheffield Hallam was one of the first providers of degree apprenticeships and how the University now delivers one of the widest selection of courses in the UK, with more than 1500 apprentices across 400 employers.

Hentons plan for the future with two new tax experts

Sheffield based chartered accountancy and business advisory firm Hentons has made two new appointments, within its specialist Tax Advisory team.