Commenting on GDP statistics for Q4 2019, published today by the ONS, Suren Thiru, Head of Economics at the British Chambers of Commerce (BCC), said:

“The UK economy lost momentum in the final quarter of 2019 due to weaker figures for industrial production.

“UK manufacturing remains a weak point for the UK economy with sluggish global demand, tightening cashflow and disrupted supply chains dragging on activity in the sector.

“Despite breaking the Brexit deadlock in Westminster, a faltering global economy and a challenging domestic business environment could limit the UK’s growth prospects – particularly if the lack of clarity over post-transition trading arrangements persists.

“The upcoming budget must take swift and tangible steps to boost growth and productivity across the whole of the UK, including incentives to release investment and easing upfront business costs.”

“The widening of the UK’s underlying trade deficit in the fourth quarter is disappointing and reflects a marked declined in services exports. Persistent global trade tensions and uncertainty on the UK’s future relationship with the EU is likely to continue to weigh on export activity over the near term.”

The third episode of PolicyPod is now available, listen today! 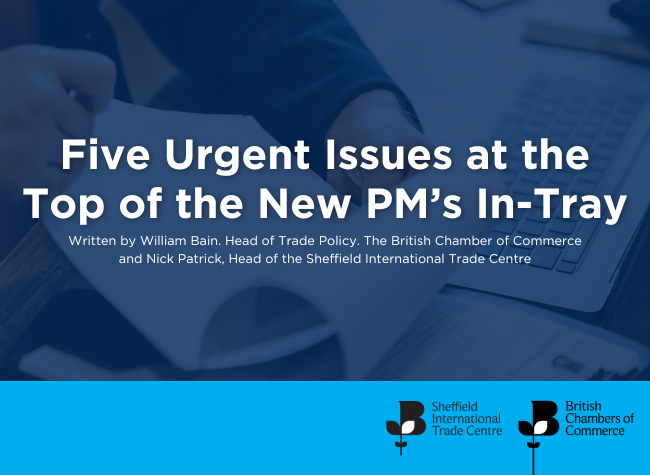 The arrival of the summer recess marks a respite period for many, other than Conservative Party leadership candidates and members, from an intense period of policymaking affecting trade.