Bluebell Wood’s tranquil Dragonfly Garden where bereaved families go to remember loved ones has been revamped thanks to a generous donation from a family whose daughter spent her final moments at the hospice. 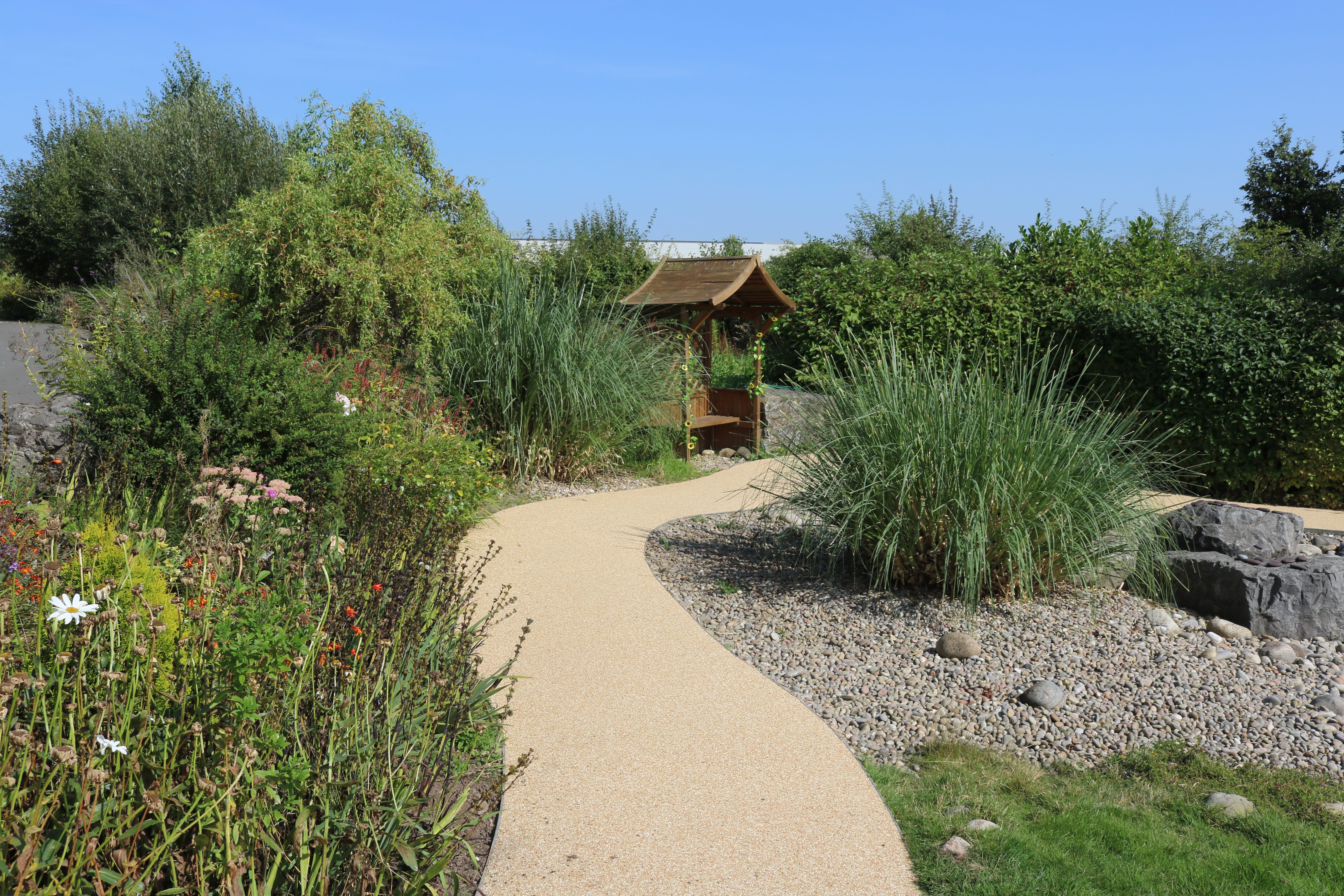 Bluebell Wood’s tranquil Dragonfly Garden where bereaved families go to remember loved ones has been revamped thanks to a generous donation from a family whose daughter spent her final moments at the hospice.

Steve and Jane Knight have lived and breathed Bluebell Wood since their “chatty, bubbly and ever-smiling” little girl Emma died at Bluebell Wood in 2008 when she was just 13 years old.

Since Emma passed away after a four-year battle with a brain tumour, Jane has become a support worker at the hospice and Steve a dedicated volunteer.

Along with daughter Katie, the inspirational couple have also raised over £100,000 for the hospice to help support other families in similar circumstances.

Now, thanks to a fundraising event at Beighton Welfare Club where they raised a stunning £12,000, the hospice’s Dragonfly Garden has a beautiful new fully accessible path that gently winds through its picturesque brook, which is lined with pebbles in the names of children whose lives were sadly too short.

“The Dragonfly Garden is an incredibly special place for so many local families so we wanted to make sure its as welcoming and accessible as possible for those who want to remember loved ones,” said Steve, from Sheffield.

“We’d like to say a big thank you to the Beighton community for once again helping us raise such a fantastic amount. Since Emma died the local community has always supported our fundraising efforts in her memory and we’re always blown away by people’s generosity.

The path, which was relayed by First Impressions Yorkshire Landscaping & Driveways, has sparkly stones and is non-slip so that it's safe for everyone who goes to the garden and fully accessible for wheelchair users.

Emma Doughty, Head of Family Support at Bluebell Wood, said: “We’re very proud to have such an inspirational couple as part of our Bluebell Wood family and we can’t thank Jane and Steve enough for this incredibly generous donation.

“The new path not only improves accessibility to our Dragonfly Garden, it really enhances the look and feel of a space that means a great deal to so many local families.”

Two Yorkshire businesses, Glu Recruit and Whyy? Change, have decided to stick together in a new collaboration that will help companies to attract, recruit and train the very best employees.