A local illustrator has created a set of murals that celebrate Sheffield’s wildlife and green spaces in the heart of the University’s City Campus. 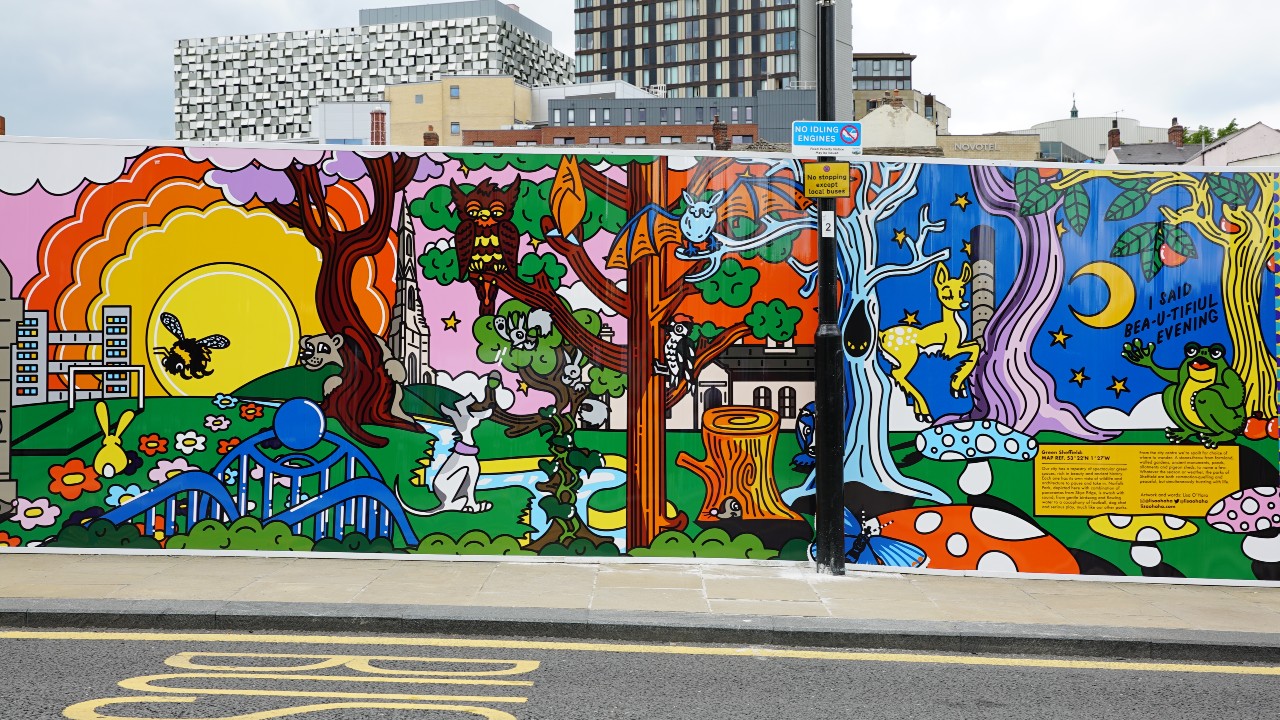 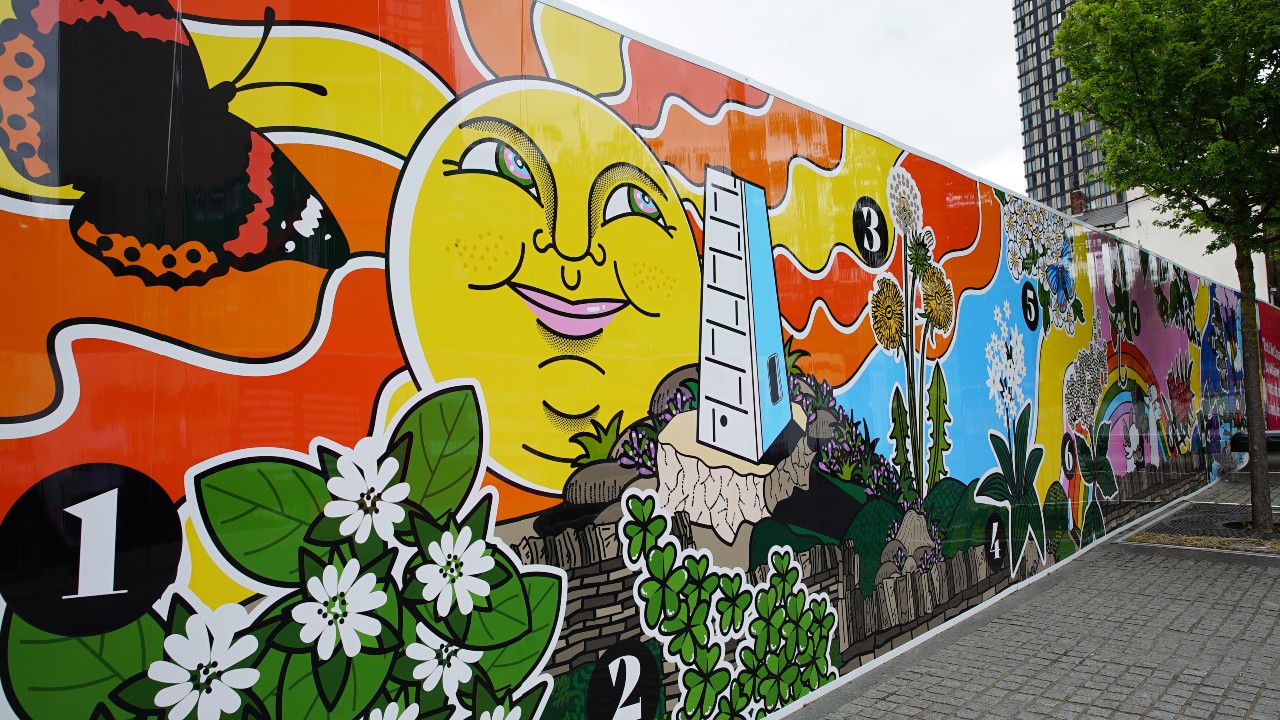 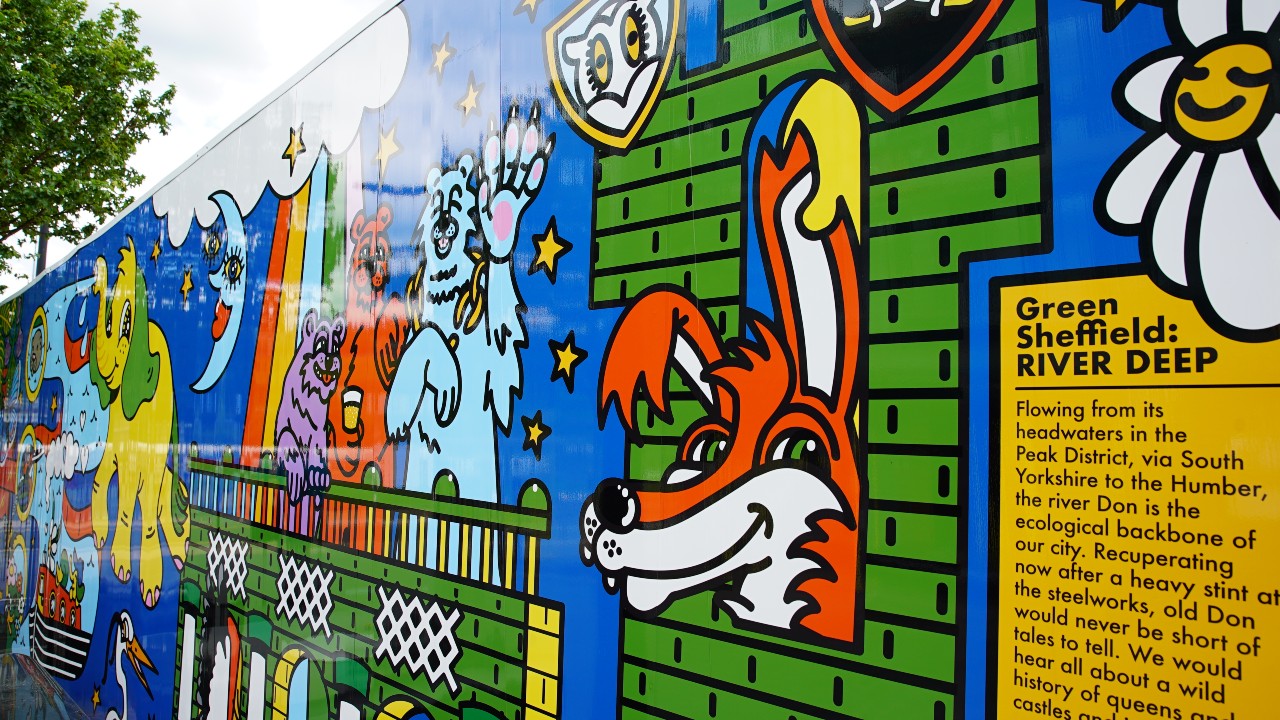 The artwork on Howard Street provides a warm and bright welcome to travellers arriving at Sheffield Station, one of the key gateways into the city, and showcases the wide range of flora and fauna you can find in and around Sheffield.

The three murals, titled ‘River Deep’, ‘Map Ref. 53°22'N 1°27'W’’ and ‘Another Green World’ take visitors along the River Don, around the city’s parks and out into the Peak District.

They were created by local illustrator and Hallam graduate, Lisa O’Hara.

She said: “I was really happy to get my teeth stuck into something so important to me. Alongside many people, my love for outdoor spaces in Sheffield has grown even greater in the last year, so I was spoilt for choice with what to include.

“After researching and narrowing down the themes and producing initial sketches, I got to work creating each component. Starting from the sky as a backdrop, then working forward to characters and subjects in the forefront of each composition. It was enjoyable creating each character, inspired by some of my own experiences.

“The titles of each of the three final illustrations are themed around significant music to me. The foraging design ‘Another Green World’ is a Brian Eno album. ‘Map Ref. 53°22'N 1°27'W’ refers to a Wire song (with coordinates now referencing Norfolk Park) and finally ‘River Deep’ referencing my mum and dad’s love for soul.

“We’re extremely lucky to be surrounded by such beautiful nature and wildlife. The process has encouraged me to become more active in understanding and contributing to the preservation of Sheffield’s natural spaces.”

The murals are set to be in place for the duration of the building project which is expected to be completed in 2023.

The public consultation on plans for the three new buildings for the Science Park site resulted in over a thousand viewings of the University’s proposals.

The comments and feedback received have been reviewed and have influenced the closing stages of design and the supporting narrative for the planning application which has been submitted to Sheffield City Council.