TV star’s ‘Big’ profile on the work of SCX

The ground-breaking work of a Sheffield engineering company in designing and installing the world’s first dividing and retractable sports pitch at Tottenham Hotspur’s new stadium is going ‘Big’ on national television. 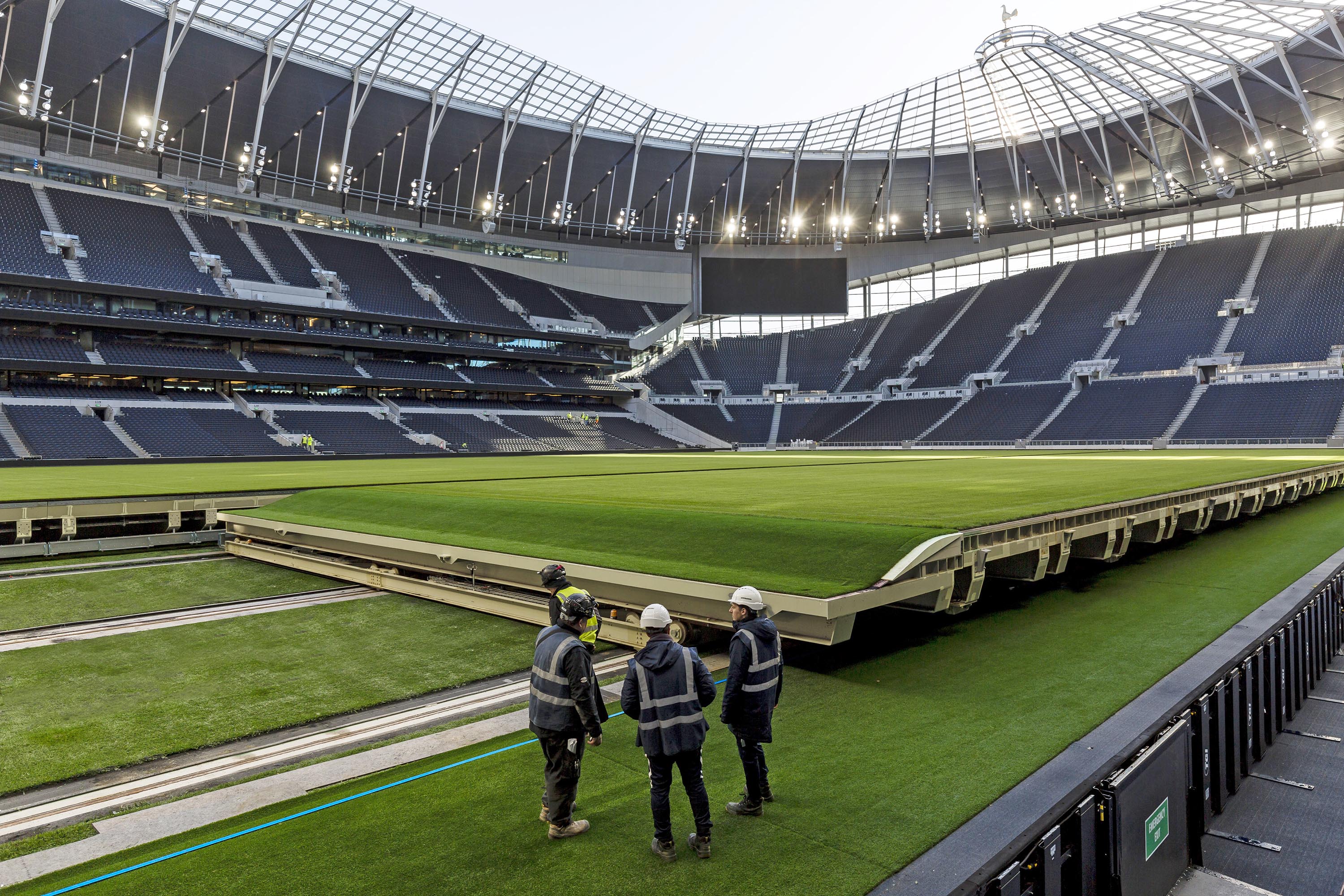 Television personality and former Top Gear star Richard Hammond gets up close and personal with the unique pitch engineering at the giant iconic stadium in this week’s episode of his Discovery Channel series Richard Hammond’s Big.

He explores the pitch that splits and rolls away, designed by SCX, based at Wincobank, Sheffield as well as taking a terrifying walk on the stadium roof.

In this week’s episode, Richard explores many aspects of the 62,000 seater stadium including the pitch, the roof, the south stand, but the highlights are Richard crawling under the retractable pitch and driving all three trays under the south stand, in preparation for the first ever NFL matches to be held at the stadium.

As Richard (coming in at 5ft 6ins) states in the show: “It's the biggest thing I’ve ever driven. The series explores how engineers build, maintain and use superstructures. It is massively fun and exciting.”

Richard meets the unsung heroes behind their development and delves into the science, research and expertise required.

From SCX he met Project Director Danny Pickard and the Special Projects team of Paul Bettison, Mark Hollis, Bryan Robinson and Sam Watts. Danny said it was one of the company’s biggest projects, and one of the quickest in terms of delivery timescales.

“It has been a phenomenal success, equal to what we have achieved with the retractable roofs for Centre Court and No.1 Court for the All England Lawn Tennis Club at Wimbledon, and within a very tight timescale,” he said.

“The Tottenham pitch went from being perceived as the highest risk part of the project – with all the moving parts, the turf joins and an engineering concept that had not been tried before – to something neither we nor the client had to worry about,” added Danny.

The grass surface, which can be rolled back to reveal a bespoke NFL pitch below, is the result of the unmatched level of vision and expertise of SCX Special Projects.

Its integration into the stadium will bring new commercial opportunities to Tottenham Hotspur for decades to come, and a world-class bespoke home for the club and its fans.
The innovative system means the venue can be used for music concerts and other events in addition to regular football matches and NFL games.

The retractable real grass surface splits into three pitch-long steel trays. When the trays slide together, the join is invisible and imperceptible to the players. The trays, weighing more than 3,000 tonnes each, can be rolled under the new South Stand to reveal the NFL artificial surface in a process taking about 25 minutes.

The episode is due to air in the UK on Wednesday (19th February) and in Discovery's other territories shortly after that. Also, it will be broadcast on the Science Channel in the USA.